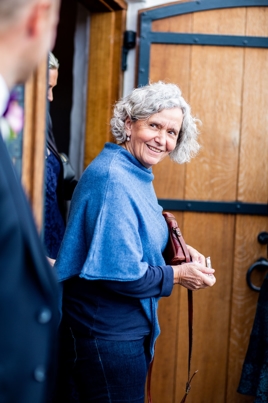 Divorce is difficult no matter what age you are, but it can be compounded if you’re ending a long-term relationship. The term coined for divorcing after your forties is “grey divorce”. A grey divorce offers its own set of complications and important things you should take into consideration. One caveat is that grey divorces are usually more likely to involve grown children, so that’s one area where stress may be relieved.

So, what differences can you expect if you’re divorcing later in life?

Alimony, which in Washington is called spousal maintenance, can be different in the later years because the person who may be paying it is often a long-term employee (or a business owner), later in their career, with compensation packages that include bonuses, stock options, deferred compensation payments and other forms of earnings in addition to a base salary. All of these are included when determining spousal maintenance after a long-term marriage.

Additionally, one of the persons may have been a stay-at-home spouse for many years and be in a situation that makes them less able to quickly retrain and resume employment or ever be able to reach a level of earnings comparable to the other spouse. This can significantly affect how much and for how long spousal maintenance will ordered.

The State of Washington is considered a community property state, but the division of assets in a divorce is subject to the state’s “equitable and just distribution” concept. This allows a court to divide marital property in a manner that it considers fair and equitable and may not result in each person receiving half of the marital property. As people get older and live together longer, the difference between dividing the marital property 50/50 and making a fair and equitable distribution tends to grow larger. This is especially true if the shared marital and parental tasks, such as earning an income, child rearing, housework, cooking, shopping, etc., skew over the years away from being evenly divided.

For instance, even though one spouse may have been paying into their 401(k) plan for many years before the marriage, in a divorce, the plan’s assets may need to be split differently after a long-term marriage than it might have been under a short-term marriage, in order for the court to be able to come to an equitable and just distribution of the entirety of the assets.

Pension plans and inheritances are two other types of assets that can become more problematic in determining how they are split, depending on the length of the marriage, and can have special rules of their own that can impact divorce settlements and financial consequences, especially when there is income earned post-divorce to consider.

Depending on the length of the marriage and the ages of the spouses, it may be possible for one spouse to collect retirement benefits on their former spouse's social security.

But it is complicated, both in being qualified to get those benefits and in remaining entitled to those benefits after the divorce is finalized. Knowing these rules before negotiating a settlement that may be based upon them is absolutely necessary.

Given that spousal maintenance automatically terminates upon the payer's death, divorce decrees can require the payer to purchase and maintain life insurance for the recipient’s benefit. This is the mandatory, though, and normally the recipient can purchase life insurance him or herself, if desired.

There are a lot of factors involved in a divorce, and when you’ve been in a long-term marriage, the assets that are accrued and co-mingled are usually pretty extensive. It’s important to have awareness of these possible issues, but it’s also important to have a good lawyer!